China Surgeries – the Back Story 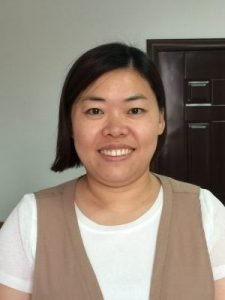 When I first contacted Carol Gu regarding the RP surgeries in China, I thought her primary role was that of a patient coordinator. It wasn’t until I arrived at the treatment center and began talking with Carol that I discovered she is the visionary and lynch pin behind the entire international treatment program.

Carol told me that she developed her passion for helping RP patients while earning her nursing degree in Heidelberg, Germany. While there, she worked at a nursing home and developed a close friendship with an elderly woman who suffered from RP. Carol was familiar with the blinding eye disease because it is a relatively common condition in China, and she knew that it was treated with acupuncture, Chinese herbs and other elements of Traditional Chinese Medicine (TCM). But when she looked for similar treatments in Germany for her friend, she discovered that there was none.

“I searched the internet for every solution I could find but all I came across were eye exercises and vitamin supplements,” Carol explains. “It broke my heart that I wasn’t able to help her. But when I returned to China in 2009, I was determined to help other RP patients around the world.”

Carol began researching treatment options for RP, and discovered that along with TCM, surgeons were performing vascular shunt surgeries and stem cell implantations that were restoring some vision for patients and helping to prevent further degeneration. She became obsessed with finding the best treatment for international patients and began contacting doctors, asking to interview them and follow their patients’ progress. In 2013, after three years of research, Carol put together a team of the top RP surgeons and launched the China RP Treatment Center for international patients.

Because affordability and service quality are both critical elements of the treatment program, Carol says she has been careful about expanding it too quickly. She has also been very selective in the patients she accepts, because she realizes the surgeries aren’t a fit for everyone. “There is no cure for RP. And as much as I wish we could help everyone, it’s difficult to help patients who are in the very late stages of the disease,” explains Carol. “And because there are so many variations of RP, results vary greatly from patient to patient. Our goal is to help as many patients as we can to improve some vision and halt or greatly slow down the progression of the disease.”

The treatment center in Changchun (where I underwent my surgeries) was the first phase of Carol’s vision. The next phase involves a more integrative treatment center that opens mid-September in the heart of Beijing. Along with the surgeries, IV infusions and eye injections, comprehensive TCM—including both traditional and electro-acupuncture—will be included in the treatment package.

“Having a world-class RP treatment center in Beijing that integrates the best of western and TCM medicine has been my dream since moving back to China in 2009,” notes Carol. “In Beijing, we will be able to access even more top RP specialists. And because of its location, it will be much easier for our international patients to make the journey. And we are able to do this while still keeping prices affordable.”

For Carol, helping RP patients is more than a passion—it’s her calling.

“My patients often become lifelong friends and I want to continue to do everything I can to help them,” says Carol. “It’s my dream to one day travel the world to visit all the RP patients I’ve had the honor of working with over the years. I want to see them in person again and have them see me.”